'Men who carry out violence against women and girls are identified early and held to account by the criminal and civil justice system'.

The Scottish Government committed an additional £20m (over 2015 to 2018) to tackle all forms of violence against women and girls. This funding is making a real difference through targeted resources to the Scottish Courts and Tribunals Service and the Crown Office and Procurator Fiscal Service, with cases involving domestic abuse being sped up with waiting times from first calling to trial being significantly reduced. Other actions taken include:

The Dundee Violence Against Women Partnership (DVAWP) supports the view that violence / abuse is a demonstration of power and control.
There is never any justification for using violence. No one deserves to be abused and victims are never responsible for the violence /abuse they experience

The DVAWP supports the view that specialist domestic abuse perpetrator programmes are the preferred approach to perpetrators of domestic abuse, as they clearly place responsibility with the abuser. Domestic abuse is not caused by anger / loss of control, but by complex behaviours which are employed to demonstrate power and control. Anger management, couples counselling, mediation and other alternative measures are not appropriate responses to perpetrators of domestic abuse. Any response must clearly place responsibility with the abuser, acknowledge the significant (and sometimes fatal) dangers of bringing together victim and perpetrator, and recognise the unequal relationship between both parties. Counselling and mediation approaches are not appropriate where there is inequality and unequal bargaining power between the people involved, which risks the perpetrator being supported in his view that he is not entirely responsible for his own behaviour. 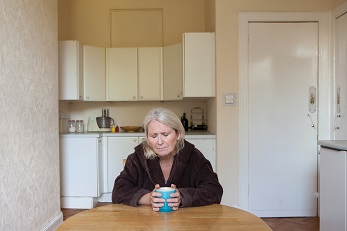