Young People Experiencing Abuse In Their Own Relationships

Am I experiencing abuse in my relationship?

Sometimes people think of domestic abuse as something that happens between married couples, or people in long-term relationships. The truth is, abuse happens to women of all ages, including teenagers and young women.

Domestic abuse is so much more than hitting and physical violence, it can be emotional, sexual and financial too. It’s a pattern of behaviour – not a one off argument – that leaves you feeling scared, intimidated or controlled. Nobody deserves to be treated this way.

It’s important to take note of the word “pattern” as often abuse can be seen as individual incidents – so an argument is dismissed as a one off; a physical attack/episode is dismissed as a one off. But if these things are happening quite regularly they are not ‘one offs’; this is abuse. In between incidents there is usually emotional and psychological abuse inflicted – this can be hard to spot if the incidents are particularly explosive – again this helps us see that the abuse is a pattern and is ongoing. All couples have arguments from time to time but in between those arguments there isn’t one person trying to make the other feel bad or fearful regarding their actions or choices.

That it can happen regardless of the label on the relationship; if it is an intimate and/or romantic relationship and one person is exerting power/control over the other.

Some people think the words “Domestic Abuse” don’t apply to them, but irrespective of the words we use if you feel your daily life choices are being restricted through demands, persuasion or otherwise and this leaves you feeling fearful or anxious then it is not ok. The person is not treating you well and you don’t need to stay.

It doesn’t matter if you have known someone for two weeks or two years, abuse happens and it is never okay. He might tell you it’s just because he loves you, but love is never an excuse to treat someone this way.

You deserve to be happy. It’s not your fault if he is abusive, and there is nothing you could do differently that would make him change the way he behaves.

It can be difficult to figure out why you feel scared or anxious in your relationship, and to work out if something isn’t right.

Loverespect is a great website which has put together some questions that will help you learn more about your relationship and how healthy it is. They also have lots of advice and information.

The Teenage Power and Control Wheel is useful to have a look at and think through your own relationships:

Originally dubbed “Young Women Know”, Oor Fierce Girls is a joint project between NSPCC Scotland, YWCA Scotland – the Young Women’s Movement, and Dundee City Council to come together to work with young women and girls to develop tailored resources to address peer sexual abuse and help ensure that every young woman and girl in Dundee knows what a healthy relationship is and where to go if they need advice or support. Please see this link for more information.

This is the link to the toolkit for young people

As with all relationships in your life, healthy intimate or sexual relationships are supposed to feel mutually respectful, safe, happy and positive. This includes anything from one-off to long-term relationships.

Where can I get help?

We know it can be really difficult to ask for help, or to know where to turn, but you are not alone. If you are worried about your relationship and scared of your boyfriend there are lots of people you can ask for help; see information in the links -

Rape and sexual abuse happens to women and girls of all ages and backgrounds. Often people believe sexual abuse has to be forced or violent, but this is not the case. It can be one person pressuring another person to do something sexual that they don’t want or don’t feel ready for or coercing or manipulating someone into performing sexual acts.

Sexual abuse can manifest as unwanted kissing or touching, refusing to use appropriate protection, unwanted sexual acts such as oral sex, forcing someone to watch pornography, taking intimate photos or videos of you, sending these photos or videos to other people without your permission or consent and rape / attempted rape.

Survivors of rape and sexual abuse can find it really difficult to tell anyone about what has happened and many worry that they won’t be believed. This can be particularly challenging when the abuser has been somebody close to them and young people may try and excuse their behaviour.

There is no right or wrong way to feel if you have experienced sexual abuse, and everyone will react differently.

For more information please head to;

Child Sexual Exploitation (CSE) is the sexual exploitation of children and young people under the age of 18 for money, goods or basic needs (e.g. food, accommodation, drugs, alcohol, gifts, affection or money). This may involve a child or young person being enticed, coerced or manipulated as well as being forced or deceived into performing and / or allowing others to perform sexual acts on them.

CSE is a growing concern for many young people and the risk of being exploited can come in many forms. Here are a few examples; Prostitution, pornography, lap dancing, forced marriage and trafficking.

CSE can have devastating effects on young people are often exploited by someone they love and trust who is pretending to care about them.

There are many reasons why young people might not disclose that they are experiencing exploitation, such as;

Sexual bullying is defined as any bullying behaviour, whether it be physical or non-physical, that is based on a person’s sexuality or gender. Here are some examples of sexual bullying:

For more information please head to the anti bullying alliance

Stalking is defined as unwanted or obsessive attention by an individual or group. There is usually an element of harassment and intimidation, the victim may be being monitored or followed and may also receive unwanted gifts or messages from the perpetrator.

It is not uncommon for stalking to escalate to physical assault, sexual assault and even murder. You have the right to report and get support if this is something you are experiencing.

For more information and advice, you can visit the following websites;

Intimate images are defined as sexual, naked or semi-naked images or videos of an individual. Research shows that sexting is almost always gendered, in that it almost always involved boys soliciting pictures from girls and often harassing them until they give in. There tends to be a double standard whereby males are admired for the exchanging of images and females are labelled “sluts”. This stigma creates further problems as young girls feel unable to speak openly about their experiences for fear of judgement, while boys are encouraged to brag about their sexual activities to gain the respect of their peers.

Often young people experience pressure and threats from their peers when it comes to the exchanging of intimate images.  Sharing intimate images can also leave a young person vulnerable to bullying, blackmail, online grooming or abuse.

It is illegal to send, exchange or have in your possession an intimate image of a child under the age of 18. However, if you are a young person who is experiencing any form of sexual violence please contact your local Rape Crisis Centre.

The law in Scotland says that consent to any sexual activity has to be given ‘by free agreement’. This means that there should be no pressure, force or coercion into sexual contact.

Listed below are some other examples of when the law says someone cannot freely agree to sexual activity;

When someone is under the influence of drugs or alcohol, when someone is passed out or unconscious, when someone is being held against their will, because of violence of threats of violence, when someone is pretending to be someone other than themselves (e.g. using a false identity on social media).Consensual sex involves both parties listening to one another, caring about how each other feel and making sure everyone is comfortable with what is happening. It is very important to remember that someone can withdraw consent at any time and that their choice is respected. **Taken from Sexual Offences Act (Scotland) 2009 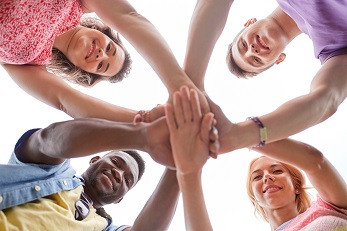